Visit our website with a bigger device for more information 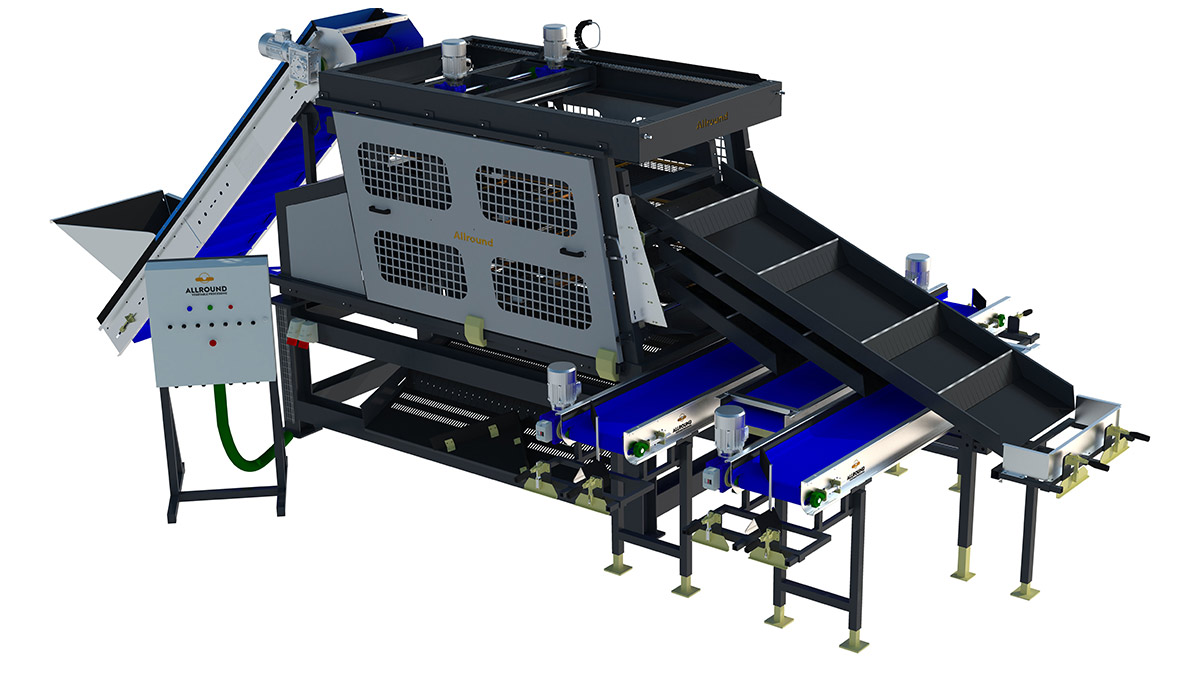 ​The Allround Shake grader is designed to grade potatoes according to their square size. The potatoes are fed to the top of the machine on to the top sieve. The sieves in the machine shake in sequential frequencies, which causes the potatoes to move along on the sieves.

In some cases it occurs that the potato gets stuck in the machine. To solve this, the Allround Shake grader has a system called a “screen cleaner“, which pushes the potatoes out of the sieve in case it gets stuck.

Note: Click on the highlighted text to view more.

SG 80-4 is designed for companies that are grading potatoes and onions up to 10 tons / hour. The line is especially suitable for seed potatoes.